The event, which is run in a similar fashion to BBC's Dragon's Den, saw each group either present their ideas through poster presentations, or pitch for seed funding to aid the development of their social enterprise. The twist? The audience got to vote for who was awarded the top prize!

The atmosphere in the Imperial Enterprise Hub was buzzing as attendees made their way around the room to view the poster presentations and ask the presenters questions. After everyone had their chance to mingle, Elanor Henry, Student Development Coordinator at the Union, gathered everyone to introduce the four groups giving their pitch presentations. 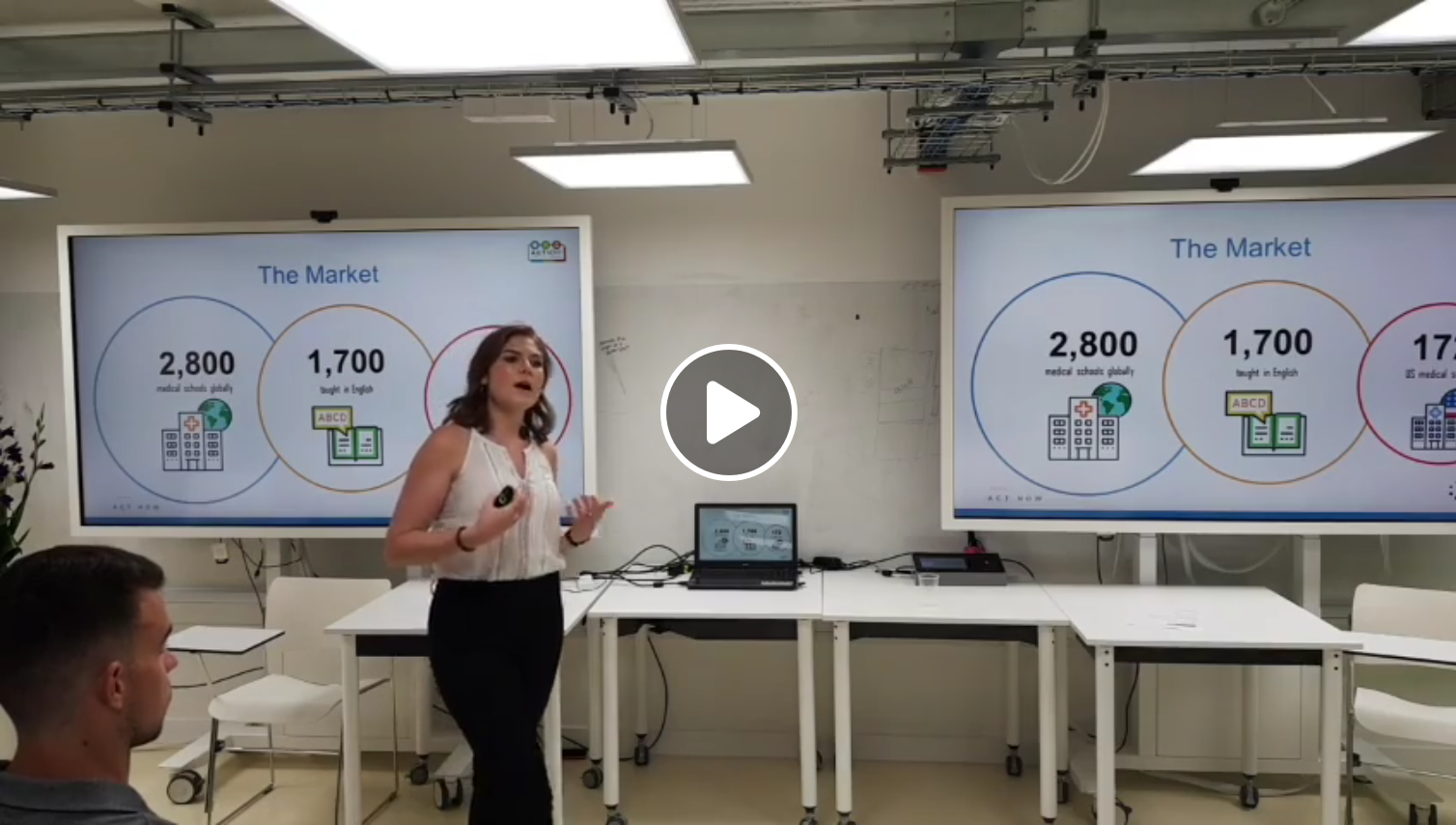 Watch the pitch presentations in full

Up next were Matoha Ultrascience, pitching for funding to further develop their infrared spectroscopy technology, a low-cost tool that would identify different types of plastics, which aren't visible to the naked eye. This would result in more plastic waste being recycled and less plastic waste in landfills. The team is made up of undergraduate students Hans Chan (Chemistry), Martin Holicky (Chemistry), James Kung (Physics) and David Dai (Physics).

Year Four Mechanical Engineering students Nathan Macabuag and Joshua Chidwick were third on the bill, pitching for funds to take their project to the next stage of development. Their technology would provide an accessible, comfortable, plug-and-play prosthesis aimed at helping the estimated seven million people across the world suffering from limb loss.

Last to pitch was Alexa Segal, a PhD student in Health Economics at Imperial College Business School, for her project called Queeries. Queeries will use a cutting-edge online platform to teach healthcare students professionals how they can better communicate with and treat LGBT+ people, incorporating virtual reality scenarios and webinar technology. It will be inexpensive, scalable, and adapted for a variety of settings and languages.

After the pitches, the audience went away to place their votes. The calibre of talent was at such a high level that results were very close, but snatching the prize money were:

Finally, as celebrations were quieting down, a surprise announcement was made that participants would receive £200 funding for their projects - resulting in jubilations erupting once more!

Congratulations to everyone who took part. You can watch a recording of the pitches here, and the results announcement here. Click here for photos of the event.