What is Union Council?

Union Council is where elected student representatives make decisions and set policies on a wide range of issues.

Union Council has over 50 members, the majority of which are senior student volunteers from across our various services, networks and activities - such as Officer Trustees, Management Group Chairs, Constituent Union leaders, and senior Academic & Wellbeing Representatives.

We spoke to Michaela Flegrova, this year’s Council Chair, to ask her a few burning questions about Council! She’ll be helping us to demystify Council, tell you about what it does, and show you that it’s a great way to spend an evening and help boost the student voice at Imperial!

What is the purpose of Union Council?

Imperial College Union is a students’ union and should ideally be run entirely by students. ICU employs dozens of permanent staff members, responsible for marketing, finances, volunteer support and a lot of other things. We also elect students who take a year out of their degree to work for the Union full time – our team of Officer Trustees. However, because the Union is a student-run organisation, we need to ensure that there is oversight of what all these people are doing and make sure it is in line with what we want. This is where Council comes in!

In short, the Council is the principle policy-making, scrutiny and accountability body of the Union and our democratic voice.

What happens during a typical Council meeting?

Council involves a lot of voting. Often there will be papers coming to Council that advocate for something – it could be asking the Union to take a stance on something, to create new policies or amend existing ones, or to mandate the Officers to lobby the College to do something. Depending on how controversial the paper is, it might pass easily or there might be a long discussion about it before it gets voted on. Sometimes we have to approve the appointment of new trustees on the Trustee Board, and occasionally we will have other serious business that requires a 2/3 majority – like changing the by-laws or removing someone from their role using a Vote of No Confidence. Full-time Officer Trustees also have to bring a report outlining what they have been working on to every meeting to allow Council to scrutinise their work.

Who gets a seat on Union Council?

All Council members are students. A lot of them get a seat on Council automatically because they are senior volunteers, for example Faculty Academic or Welfare Reps, Constituent Union Presidents or Liberation and Community Officers. Some Council members are elected just to represent one of the faculties at Union Council. These ‘Representatives to Council’ are elected in the Autumn Elections to give all students a chance to stand and vote for the roles. If Council sounds like something you would be interested in, you should definitely run for the role!

What has Council ever done to make the lives of students better?

There have been Council decisions in the past that have led to significant improvements of student lives. For example, in 2020 Council was instrumental in securing a £3m reduction to halls rent, and voted to increase the wage of student staff to match the London Living Wage.

It is true, however, that a lot of the business coming to Council will not have a direct impact on students, or you at least won’t be able to see it immediately, which might make you question the point of Council altogether. However, its role is crucial in keeping the Union accountable, making sure that our Officer Trustees do a good job and setting the general direction of everything the Union provides, including our rep structures, CSPs, venues and bars or Advice Centre. Crucially, Council is the body that ensures that our Union is really a students’ union, run by students for students.

How can I get more involved in what Council does?

Any student can attend Union Council, so if you think you might be interested in what Council does you can always come and see for yourself. All students can also submit a paper to Union Council – you just need another student to second it. If there is something you would like to see the Union change or the officer trustees to work on, submitting a paper might be a good way to go!

Definitely get in touch beforehand so I can help you with the structure and formatting if you’ve never written a Council paper before.

Finally, if you want to have a seat on Council, run to be a Representative to Council in the Autumn Elections! 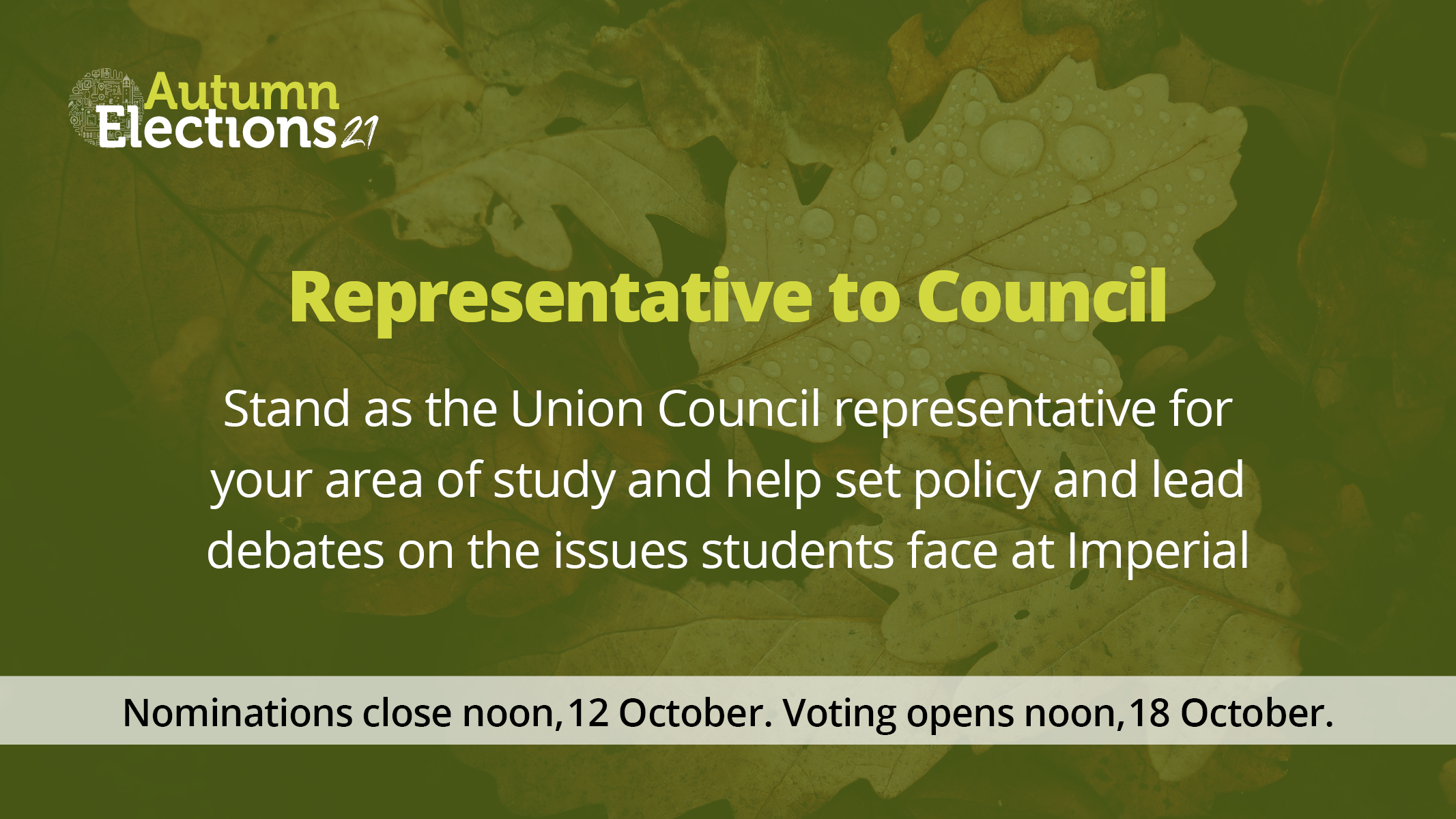