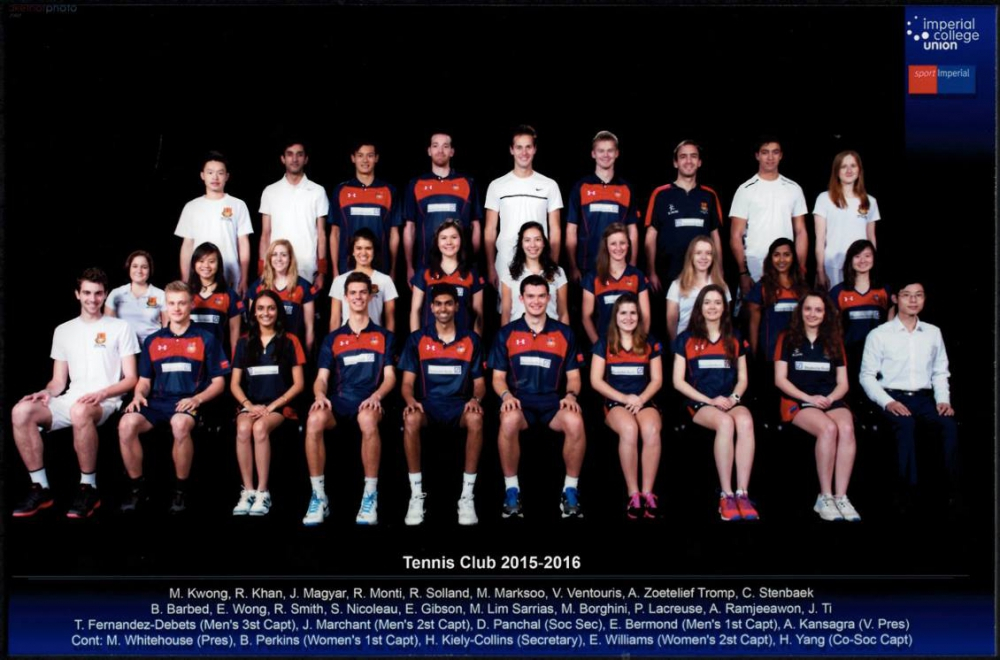 IC Lawn Tennis Club is one of the largest societies at Imperial with over 200 members. We cater for tennis players of all levels from beginners to players who represent Imperial in inter-university leagues/tournaments. Our thriving weekly tennis sessions offer all standards of players courts, rackets, balls and coaching advice. Our six teams are among the best in the region, with both the Men and Women 1st teams in the Premier South League. We have 4 Men's, 2 Women's teams, and an additional Mixed Team! The club has great success in recent years, winning Sport Imperial's Club of the Year in 2012, 2014 and 2018. Previous tours to Spain, Italy and France have provided opportunities to play on an international stage. Our ever expanding social side includes exclusive nights at top clubs, comedy clubs and celebratory dinners. The club runs an annual ballot for Wimbledon tickets and also has access to tickets to see the top eight players in the world battle it out at the O2 at the ATP tour finals. Our courts include Virgin Active Fulham, Bishop's Park, and weekly training indoors at the prestigious Queen's Club. We also have a university-wide league to suit all standards who want to play competitive tennis, are competing in the new LTA-organised University Team Challenge for recreational players, as well as organise regular friendly matches against other London universities. Website: www.union.ic.ac.uk/acc/tennis Contact us: lawn.tennis@imperial.ac.uk