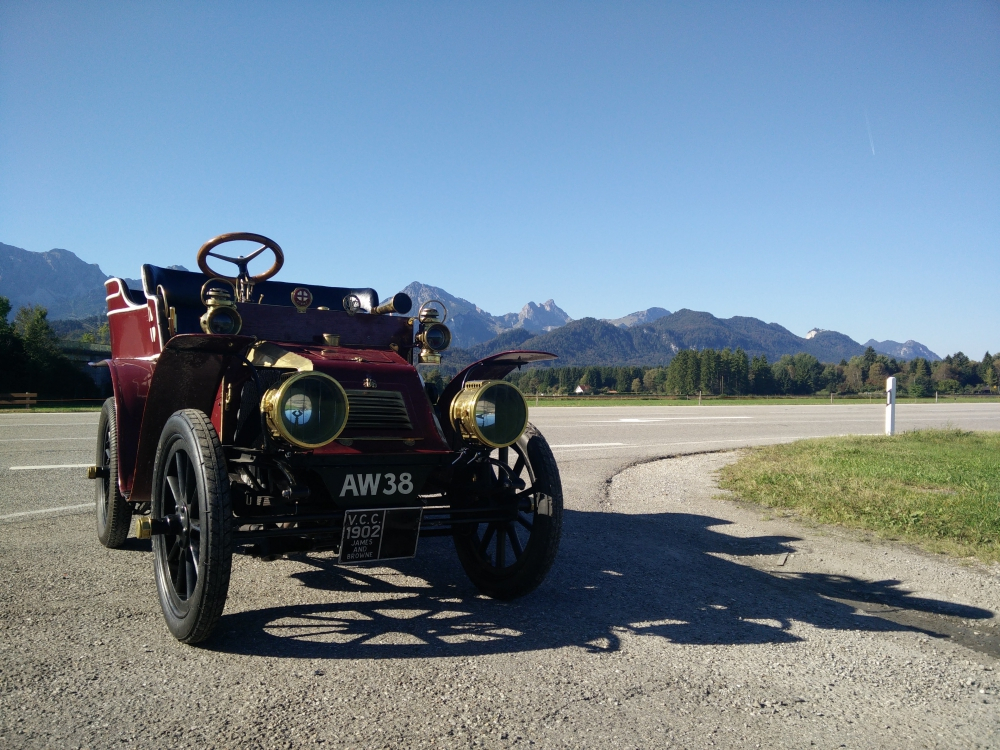 We look after Bo, a 1902 veteran car which has been owned by the students of Imperial College since 1933. We also look after Derrick, a 1926 motorbike.
Boanerges, or Bo as he is affectionately known, serves as the City & Guilds College Union's official motorised mascot. Built in 1902, he was purchased by Guilds students in 1933 and has remained with the college ever since. Bo is one of the most exercised veteran cars still on the road, each year participating in the famous London to Brighton run (the first Sunday November). Members of Team Bo are eager to take him out whenever possible. As a result, considerable maintenance takes place on most Wednesday afternoons in Bo garage, usually followed by a well-earned visit to the pub. Members have the opportunity to appreciate British automotive engineering at its most primitive and even those with no previous mechanical experience can quickly understand the workings of the car. Everybody is welcome! Email us or come and meet us at the Freshers' Fair.