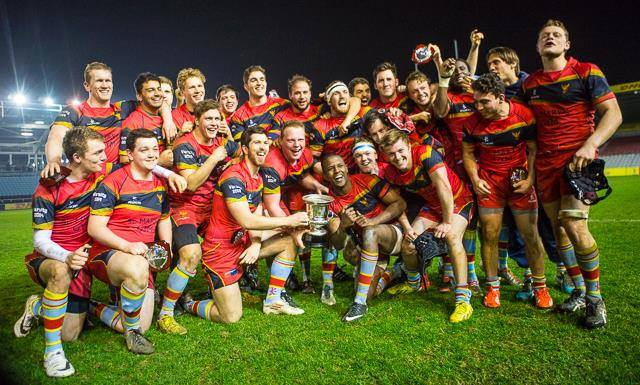 Whether you want to play top class competitive rugby, or have the occasional run out with your mates, Imperial Medicals RFC should be your choice for rugby at Imperial.
A club steeped in tradition dating back to 1865, on a Wednesday afternoon we field three teams in BUCS with our 1sts being in BUCS South East 2B. The club has a reputation for producing international players, as well as fully retiring others. IMRFC has a team for you irrespective of your ability. We train on Mondays and Thursdays at Heston and Greenford, and also have strength and conditioning sessions on other evenings.
We have a great club spirit, and also have fun off the pitch. We have two domestic tours a year; Cornwall tour over Easter weekend is the longest running annual sports tour in the world! This summer we are also hoping to hold an international tour.
Recently the club has developed an educational programme for its members, offering tutorials for first and seconds years, and also mock examinations for the later years.
You can find our stand at freshers' fair behind a large group of girls who will be fighting over the very best of IMRFC. We look forward to meeting you then. If you have any questions contact Club Captain Jamie Truell (jpt2013@ic.ac.uk)