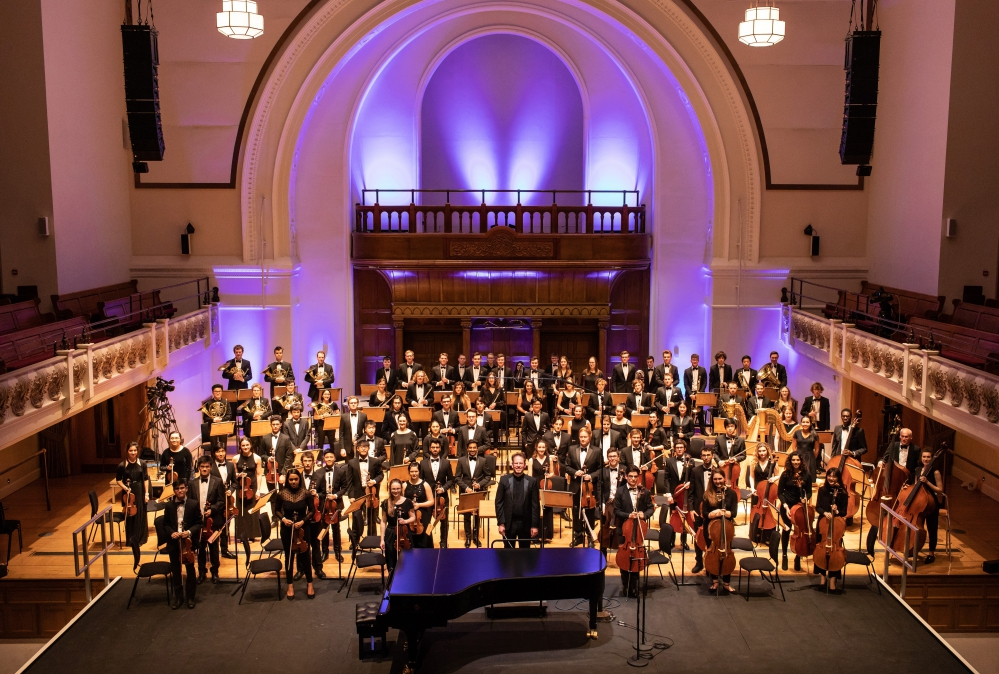 Imperial College Symphony Orchestra is the College's flagship orchestra, performing to the very highest standard. ICSO is rightly regarded as one of the best university orchestras in the UK, becoming "University Orchestra of the Year" in 2008 and being described by a member of the panel, (RPO Principal Bassoon Daniel Jamieson), as "sounding like a professional orchestra". The orchestra was formed in 1948 our principal conductor is Oliver Gooch. ICSO boasts around eighty players and regularly performs both on and off campus, in venues such as Cadogan Hall. There is also a lively social scene, including regular post-concert and rehearsal socials and dinners. Memorable highlights in recent years include a performance of Rachmaninov's epic 2nd Symphony, a children's concert with Professor Lord Robert Winston, performing excerpts of Bizet's Carmen with four world-renowned opera singers and a performance of Dvorak's Cello Concerto with BBC Young Musician 2012 Laura van der Heijden to a sold-out Cadogan Hall. ICSO also has biennial overseas tours; highlights of recent tours include the opportunity to participate in the Johannesburg International Mozart Festival and performing in the world famous Sibelius Hall in aid of UNICEF on our tour to Helsinki in September 2014. ICSO is an exciting, motivating and social orchestra, which prides itself in its ability to perform great repertoire like a professional orchestra. We hope you decide to join the ICSO family!