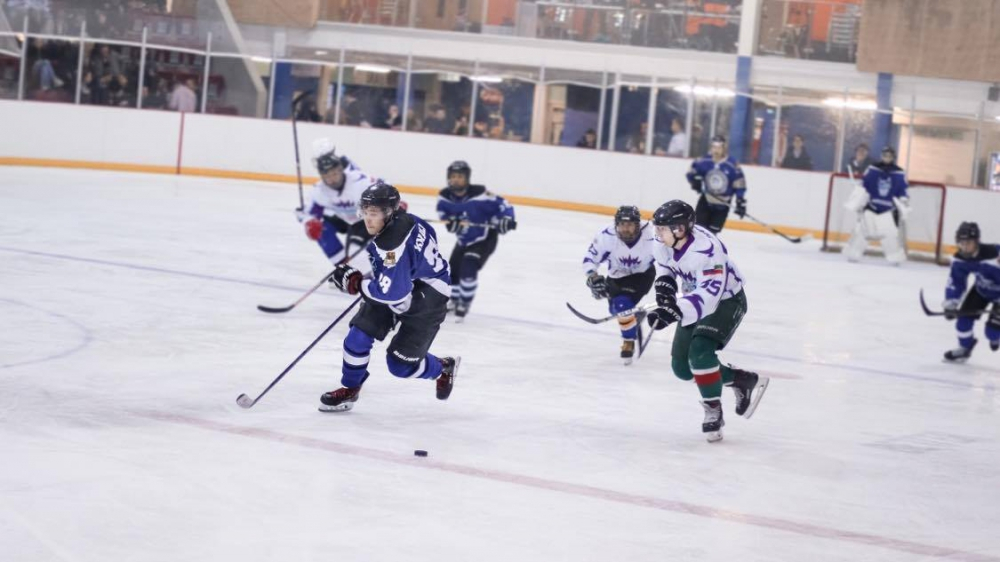 Ice hockey is the fastest and most exciting team sport in the world. Join us at weekly training sessions and compete in the national university league.

Ice hockey is exciting. Everyone knows it. Amidst speedy skaters, powerful shots, fearless goalies, and big hits, the intensity and pace of the game is unrivalled by any other sport. Imperial Devils Ice Hockey Club gives you the opportunity to get involved in this awesome sport without the costs of going it alone. We provide sticks, full kits, transport to training and matches and let you simply enjoy playing the game.

The recently promoted, and last season division champs, A-team competes in Division 1 of the national university league (BUIHA) and is consistently a contender. Don't be worried if you've never played or even skated before though! After just one term of our 'Learn To Play' sessions you'll find yourself in our B-team playing in Division 2 of the non-checking (but still full contact) university league (BUIHA) or C-team, created to provide a competitive and fun team for beginners! Both leagues' seasons culminate in the National Championships in Sheffield, where all 3 teams have enjoyed previous success. Last year both A and C teams won their respective national divions while the B team made it to the semi-finals.

The main event of our season is the varsity match against the UCL Yetis, which most recently saw the Devils take home the 2019 trophy in a confident 6-3 victory, the fifth successive varsity win.

You'll make a ton of new friends through weekly training and regular socials during the year. Experienced players will find a superb atmosphere in the dressing room and in the pub, and for new players, this is the best opportunity you could ever have to try the sport! Email ice-hockey@imperial.ac.uk for more info.