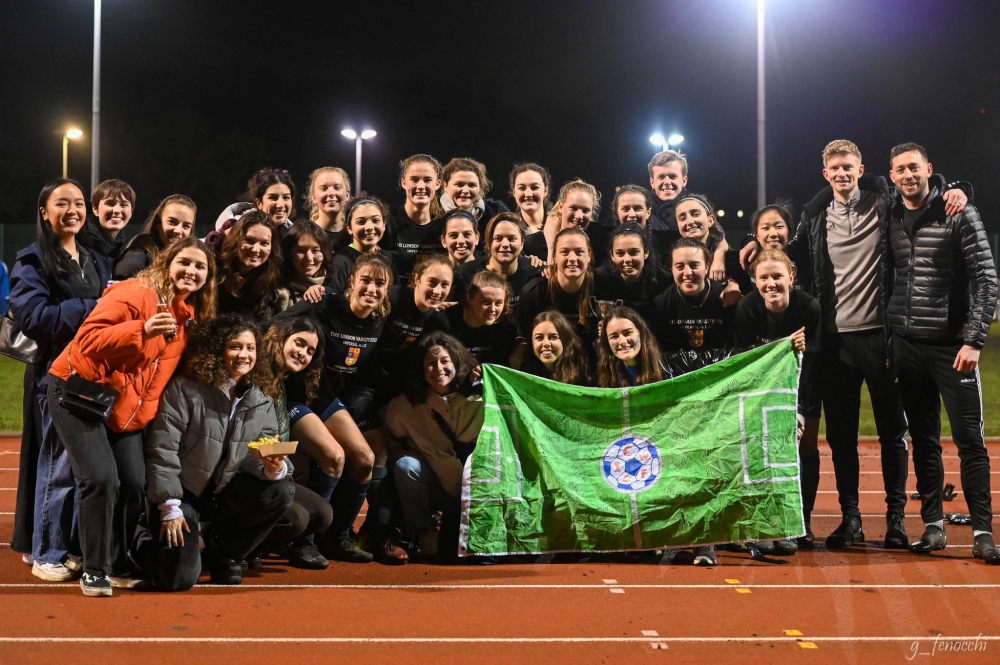 ICWFC is the place to start or resume your football career, whilst meeting a group of wonderful people.

Open to women and non-binary players of all abilities, ICWFC has three teams of varying levels.

Don't let being new to football put you off! The club has expanded to create a new third team, which accommodates beginners that are inspired to get involved with the sport. Likewise, if you have played football passionately for several years, competition is abundant with the 1s and 2s. The 2s reached their highest level in club history by becoming league runners-up. They will continue to succeed this season with their eyes on 1st place. The 1s have got promoted to the Tier 1 South Eastern league and entered The Trophy Cup.

We run weekly training on Monday evenings (8 pm to 10 pm) at Harlington Sports Grounds. BUCS (1s and 2s) matches are on Wednesdays and LUSL (3s) on Sundays. We also have two HUGE varsities to look forward to one against the medics and the other LSE.

However, the club extends beyond just playing football! We organise a range of socials, from big nights out to chill nights in, trips to watch professional women's games, annual dinners, and even socials with other clubs/ unis. There is a subsided mini tour in the Uk paired with a summer tour abroad.

If playing football, socialising, and making some really good mates sounds like a vibe, joining the ICWFC this October should be on your to-do list.

Only available to members of Imperial College Union and Imperial Athletes.

Memberships for Imperial Athletes sports clubs are planned to go live on 1 September 2022 once we've currently finalised the memberships for these clubs.