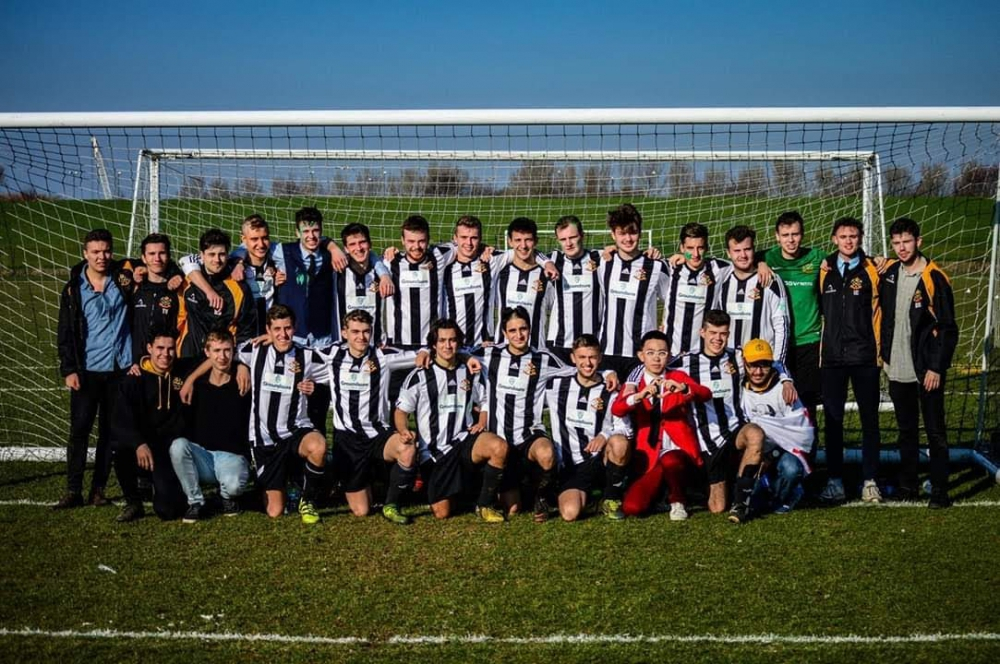 The RSM football team like to think of ourselves as one of the more social sports societies at Imperial. We compete in the same University of London Leagues as most of the other teams at Imperial and take the game just as seriously but also think that the social element is important with regular team gatherings planned throughout the season. In addition, the chance to take part in the prestigious Bottle Match is something that all RSM teams get to look forward to as it's an atmosphere fitting for the second oldest varsity match in the world. With games Saturday and Wednesday most weeks there is always the need for depth in the squad and with several players leaving us this year there is no reason not to give us a go. Any player, RSM or not is welcome and you'll get the chance to impress at the trial sessions at the start of the year.