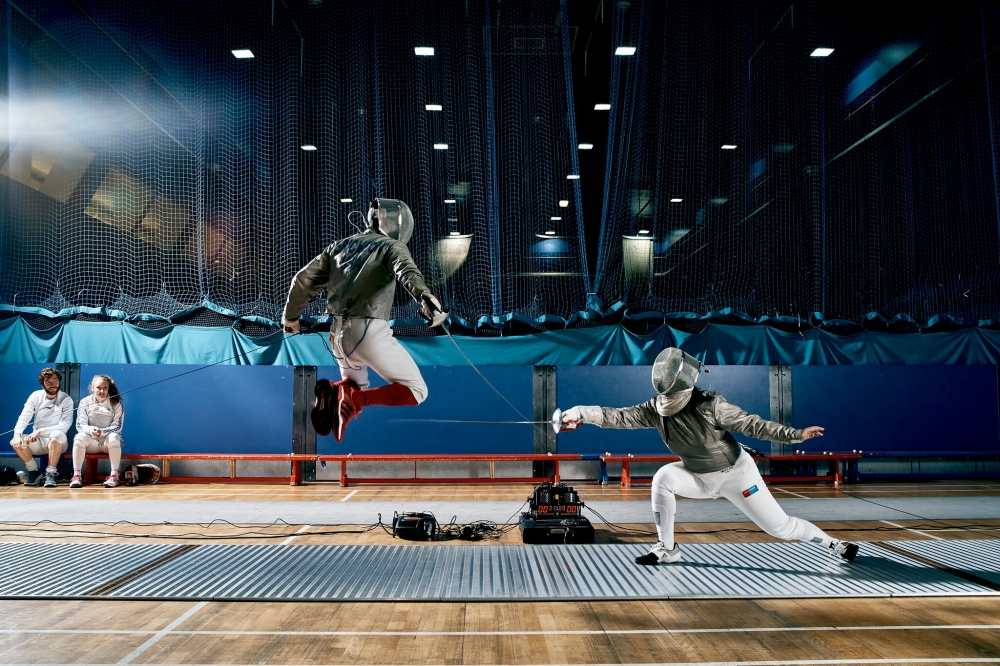 Want to have a go with a sword? If you've done it for years or want to try it for the first time, Imperial Fencing Club is for you.

We fence each of the three weapons: foil, épée, and sabre, with coached training sessions in Ethos on Mondays 5-7pm, Tuesdays 9-7pm and Fridays 8-10pm.

We consistently gain medals at the BUCS individual championships and had the highest number of BUCS points of any Imperial sports club last year! We have more BUCS teams than any other UK university, allowing fencers to compete at all levels. In recent years our 3 Men's teams and 2 Women's teams have been competing and performing well in the BUCS Leagues.

We also have many novice and intermediate fencers, who have the opportunity to compete at tournaments with others of similar ability throughout the year. We run a beginner's course on Mondays from 7-9pm for those who are new to fencing.

We are a very relaxed and friendly club and are one of the largest and most socially active at Imperial, organising social events throughout the year.