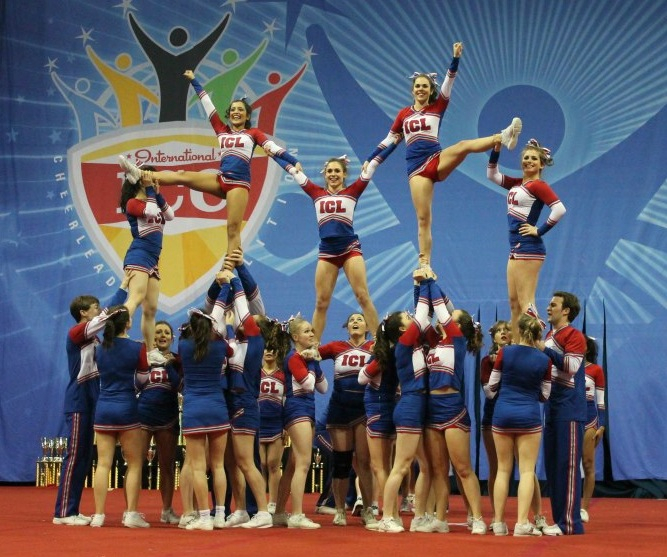 Do you even lift? Cheerleading is about getting strong, making friends, throwing those friends in the air, catching them and of course, having fun in the process. If you thought cheer wasn't a physically demanding sport, think again!

Imperial College Titans are two mixed male and female sports teams and compete at a national level. The team routine involves stunting, tumbling (gymnastics), and dancing, and all skill levels are accommodated for. Each team has one professionally coached session a week and an optional additional weekly strength and conditioning training.

Looking for the Imperial Gymnastics Society? There isn’t one! But we run weekly trips to gymnastics centres around London, some of which are open sessions and some that are coached!

Last year, our level 1 team ICE place 3rd place in one of the most competitive divisions in cheerleading, and our level 2 team Ignite, placed 4th!
3 years ago the Titans Level 2 team placed 2nd at ICC University Nationals! Previously we have also had group stunt teams which have earned 1st and 3rd place at Level 3. Attending competitions is not compulsory for all team members, with those who are unable to compete taking part in performances at college Varsity, as well as social events.

In addition to training, the team is very socially active with regular attendance at weekly sports socials, dinners and mixed socials with the Imperial Immortals American Football Team.

Our team probably defies most stereotypes you have about cheerleading, so come check us out!