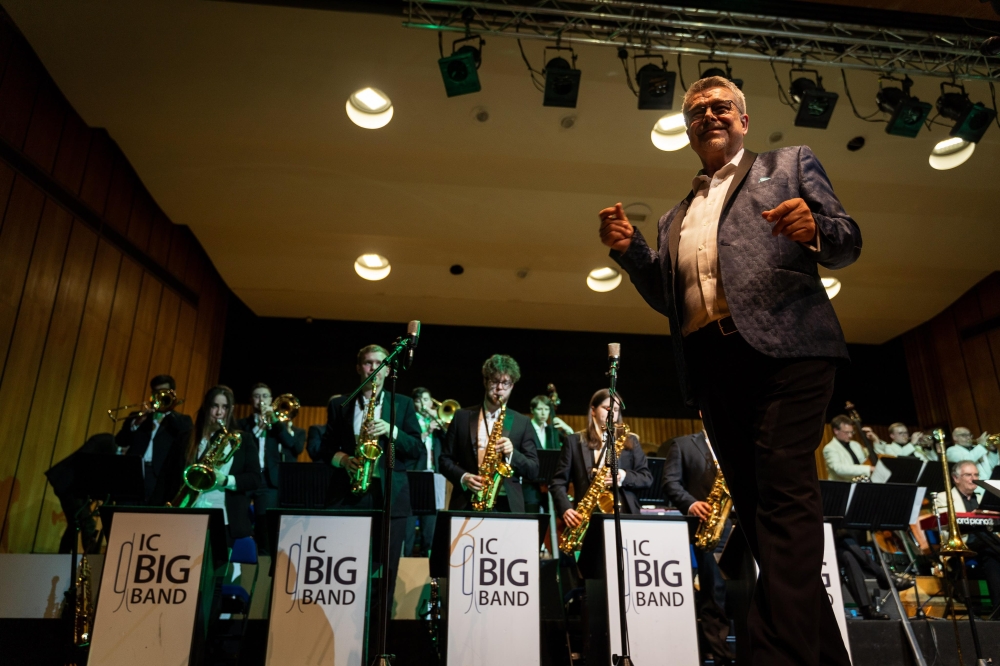 IC Big Band, made up of scientists, engineers, and medics at Imperial, all with a passion for jazz, is a driving force in the university big band scene within London and the UK. The first-call band for events both in and out of the College, IC Big Band has garnered an exceptional reputation over the years, including national recognition on winning the platinum award at the National Concert Band Festival in 2017.

We are a fully auditioned big band, with openings for saxophones, trumpets, trombones, rhythm, and vocalists. With an ever-expanding library with hundreds of charts, the band regularly perform sets ranging from the swing hits of Basie to the funk and fusion of Pat Metheny, and of course the classics of Miller-Ellington!

We are directed by Chris Dean (leader of Syd Lawrence Orchestra), a giant in the UK big band scene, and have enjoyed plentiful gig opportunities under his direction, such as our sold-out annual gig at PizzaExpress Jazz Club (Soho) and our collaboration concert with the Syd Lawrence Orchestra in Spring 2022!

As well as our outings at well-known venues in and around the capital, we also form an integral part of the Union entertainment calendar, with hugely popular termly gigs at Metric, appearances at Arts’ Nights, and our annual performances at the Summer Ball!