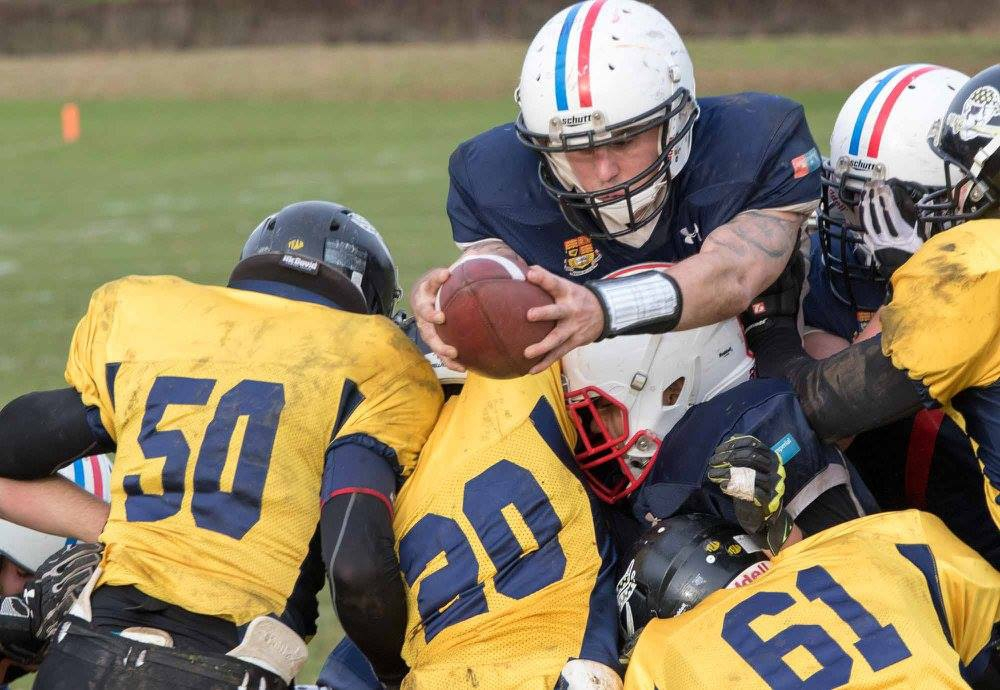 American Football is a fast, hard-hitting and exciting game ever growing in popularity. Established in 2006, the Imperial Immortals American Football Club has rapidly grown as an upcoming team in the BUCS league, previously reaching the National Semi-Finals and currently playing in the BUCS Division 1A South East. Fixtures are played on Sunday afternoons, with training usually once/twice a week with coaches. We have eight qualified football coaches with more than three decades of playing experience between them to help you become a better football player. For those looking for a competitive team sport, look no further.
For those looking to compete at a high level, this sport offers the perfect opportunity in BUCS as well as the chance to play for the Great Britain University Squad! We also have good links with the Imperial College Cheerleaders, having joint socials which compliment our own highly active social scene, always leading to a good night out! The club has produced outstanding players over the years, and looks to recruit new enthusiastic rookies to become Immortals. Whether you have experience or not, all we ask is that you are willing to work hard and become better with the team.