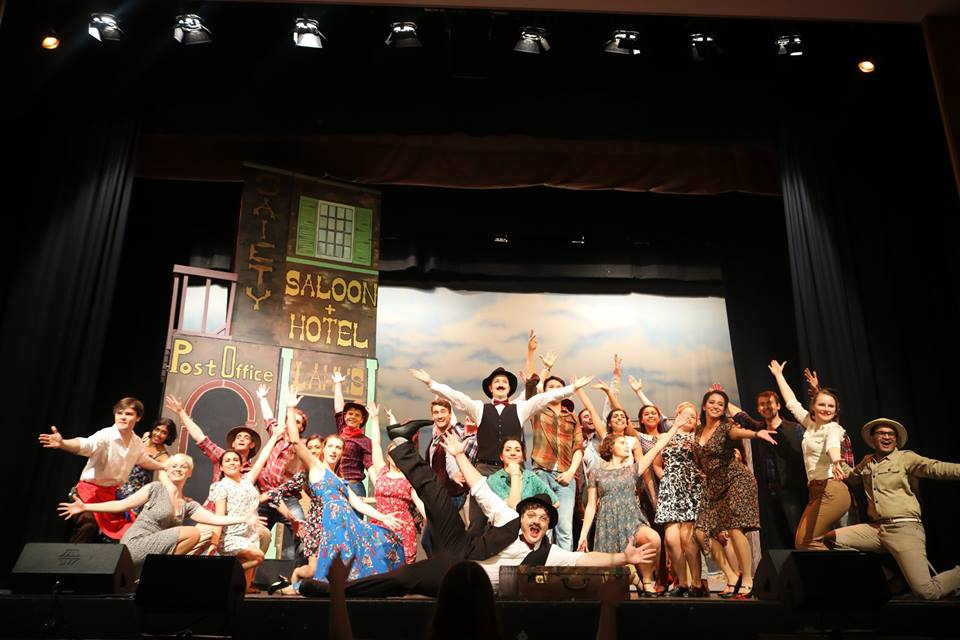 Welcome to ICSM Light Opera, home to Imperial students with a love of all things musical theatre, whether that includes set-building, costume-making, singing, dancing or anything in between!

During first term we produce our Main Show , a musical extravaganza learnt over seven weeks and performed over four nights in December. Previous productions include ‘Anything Goes’, ‘Crazy For You’ and most recently, 'Dirty Rotten Scoundrels'. This year, we're performing ‘Pippin', an exciting musical which blends a classic, jazzy style with a modern edge.

During third term we produce our 24-Hour Opera: a musical planned in secret and revealed to the cast the day before the performance, so the whole show is prepped in 24 hours! Recent productions include 'Aladdin', ‘The Book of Mormon’, and ‘Legally Blonde’, with all proceeds going to charity.

Light Opera is one of the most active societies within ICSM, organising at least two socials per week in first term. These nights out, along with the annual Opera Tour will make your first term the best few months of your life! And with events like our annual Opera Dinner during second term, our ‘Big Chills’ (open-mic nights at Reynolds bar) and ‘UH Revue’ (a sketch show competition between other London medical schools), the rest of your year will be filled with activities!

The Light Opera family ranges from complete novices to those who were doing jazz hands in utero, with members spanning all years of ICSM, as well as many non-medic members. For more information on getting involved, find us at Fresher’s Fair!