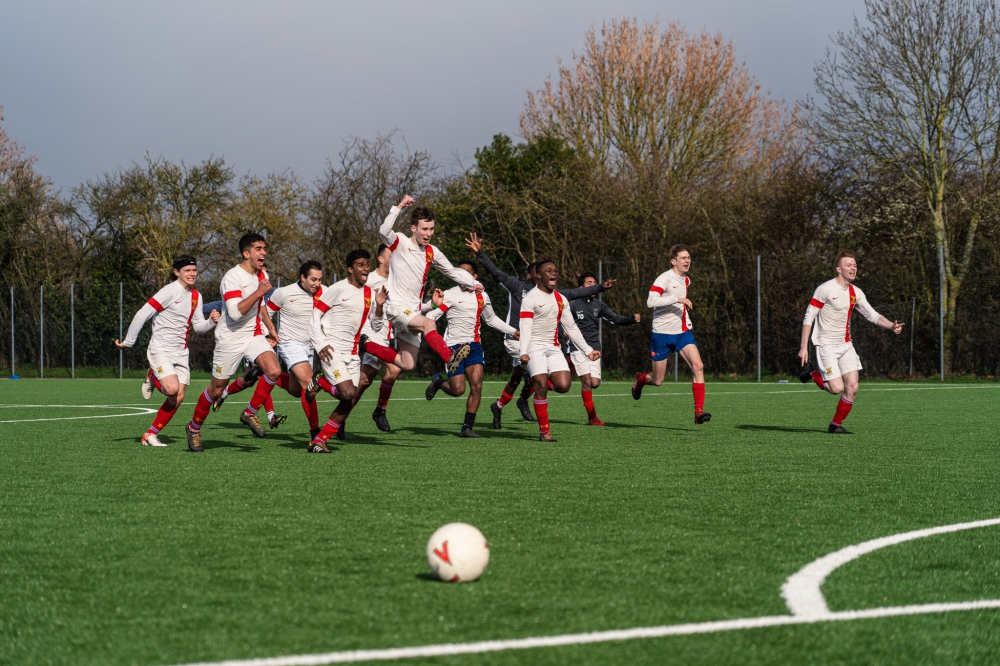 Imperial College School of Medicine Football Club is the largest club in the medical school with four teams playing twice a week throughout the season, as well as a 5-a-side team. There is a team to suit everyone with a strong competitive first XI or there is the more relaxed fourth XI, where the emphasis is on enjoyment and participation, coupled with attaining good results. Medic teams also have the honour of competing annually in the United Hospitals Cup, the second oldest association football tournament in Britain after the FA Cup. Each year we also compete in the National Association of Medical Schools (NAMS) tournament. Aside from playing the club is very socially active and those who are thus inclined meet every Wednesday at the infamous Sports Night in the Reynolds bar. The annual Christmas Dinner and Ultimate Wednesday are highlights in the calendar, and the club enjoys various social functions with the ladies of the ICSM Netball Club and also Women's Football. We have two tours a year, a domestic mid-season tour with the netball girls, and the international preseason football/ bowling tour with past destinations including Riga and Budapest (+Brno 2018!). ICSM FC also offers the St Mary's Hospital Football Scholarship to anyone in their first year with the club, worth £250. So, whatever your ability - Medic or not - you'll be made to feel more than welcome at ICSM FC!